A knife-wielding intruder to an apartment had committed sexual assault, forcing two Asians to leap from the balcony, leading to one dead and one seriously injured.This case was reported by major Australian media, including Herald Sun, Daily Telegraph, Sing Tao Newspaper and Australian Chinese Daily etc.AHL Legal voluntarily held a funeral for the 19-year-old Chinese girl, who was an overseas student.The Buddhist monks from the Nan Tien Temple officiated at the funeral. Representatives from the General Consulate of the republic of China in Sydney and New South Wales Government also attended the funeral. 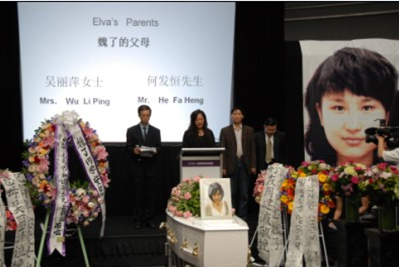