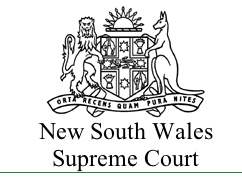 (1) he should not be required to pay any costs of Mr Chen in pursuing the Registrar General of New South Wales;

(2) he should not be ordered to pay any of the costs in matter 2009/290968 to the "extent they were incurred in prosecuting the plaintiff's claim for fraud against Ms Gu": see paragraph 3(c) of the Submissions on Behalf of Mr Nguyen in Relation to Costs of February 2012 ("Supplementary Submissions on Costs"); as it has been found by the Court that Mr Nguyen was not aware of the fraudulent conduct of Ms Gu at [35] of Chen v Gu; Chen v Nguyen [2011] NSWSC 1622, this aspect of the plaintiff's case has nothing legally to do with Mr Nguyen;

(3) no Bullock or Sanderson order should be made in respect of the Registrar General's costs.

I should note that for the period prior to 11 August 2011, Mr Chen seeks costs only on the usual basis.

(1) Mr Nguyen's solicitors denied liability by letter of 6 April 2004 and suggested that Mr Chen bring a claim against the Torrens Assurance Fund (see pages 760-761 and 783 of Exhibit A3);

(2) the Registrar General had a defence to the claim on the Torrens Assurance Fund if Mr Nguyen was negligent thereby causing loss to Mr Chen and was to be indemnified by LawCover;

(3) Mr Nguyen has maintained, prior to the commencement of proceedings against the Registrar General and since then, that he was not negligent and did not cause the plaintiff's loss: see pages 760-761 and 783 of Exhibit A3;

(4) two of the issues in the case against the Registrar General are identical to that in the case of the claim against Mr Nguyen (i.e. was Mr Nguyen negligent, and if so, did his negligence cause loss to Mr Chen);

(5) the loss of title which led to a claim on the Torrens Assurance Fund and against Mr Nguyen arose entirely without any fault or error or omission on the part of the Registrar General and did arise by reason of a breach of duty to Mr Chen by Mr Nguyen (in addition to the fraudulent conduct of Ms Gu); and

(6) the active adoption (and even expansion) by Mr Nguyen of Ms Gu's defence against Mr Chen's claim;

my preliminary view is that Mr Chen is entitled to an order for all of his costs of the proceedings, including his case against the Registrar General."

" Circumstances in which compensation payable

(e) the person having been deprived of the land, or of any estate or interest in the land, as a consequence of fraud, ...

is entitled to payment of compensation from the Torrens Assurance Fund.

(2) Compensation is not payable in relation to any loss or damage suffered by any person:

(b) to the extent to which the loss or damage:

(i) is a consequence of any fraudulent, wilful or negligent act or omission by any solicitor, licensed conveyancer, real estate agent or information broker, and

(ii) is compensable under an indemnity given by a professional indemnity insurer".